A detailed analysis of the market environment is essential prior to setting up a new business. Mixing Flavours will be able to acquire high profit margins through understanding the needs of its target audience and delivering superior quality service. In this study, the focus will be on exploring certain theoretical frameworks in order to examine the competitive environment of the new business.

Analysis of the Competitive Environment

In the UK market, the food industry is rapidly growing due to increasing consumer market demand. According to Porter’s five forces model (as depicted in figure 1), the bargaining power of suppliers is relatively low in this particular region. It can be claimed that firms can easily approach other suppliers due to low switching costs. 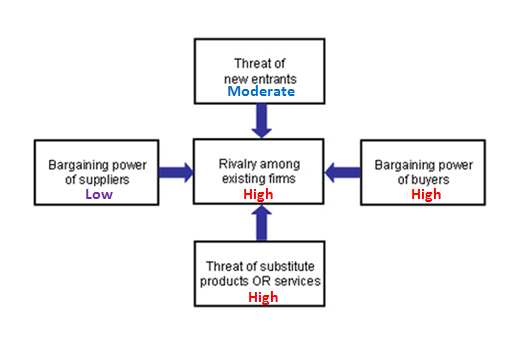 The bargaining power of customers has drastically increased due to wider availability of food products. Precisely, customers have a demand towards innovative and tasty food items. Low switching costs have triggered bargaining power of buyers (Harris & Moffat, 2012).  Threat of substitutes is comparatively high because every new business entering into this market segment is inclined towards product differentiation. In the UK market, threat of new entrants is moderate, due to initial start-up costs and strong position of existing players (Fraser, Clarke, Cade, & Edwards, 2012).  Arguably, competitive rivalry is high in the UK, and particularly in Nottingham due to presence of food trucks.  There are different food trucks present in this location, offering pizzas, street food, Mexican food, seafood, local flavours, etc. Some highly available food trucks are Dolcino, Bare Bones Pizza, The Meat Shack, etc (Yelp, 2017).

The main competitive advantage of Mixing Flavours can be evaluated through conducting SWOT analysis.

Market analysis can also be conducted with the help of the PEST framework. The UK is referred to as a constitutional monarchy which is highly influenced by the parliamentary system. The political condition of the region is stable. Food truck business is affected by distinct economic conditions. The average expenditure of students in the U.K. market has been portrayed in figure 2. 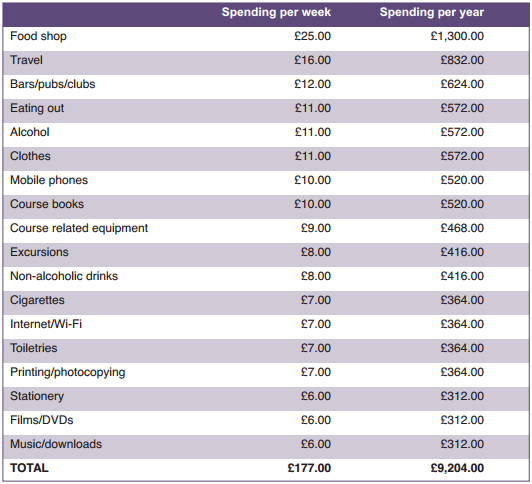 As per the given statistics, students allocate a major portion of their disposable income to purchasing food products. Hence, favourable purchasing power conditions would drive the new business idea. The societal culture of U.K. is centred towards consuming ready-to eat tasty and healthy food products. Majority of students residing in U.K. are not natives and prefer purchasing street food. Technological advancements in U.K. have eventually led to development of various apps, making it easier to track location of nearby food restaurants and food trucks.

From the above analysis, it can be concluded that there are opportunities prevalent within the UK market which can be effectively explored by the firm. The intense competitive rivalry can be addressed through laying more emphasis on their USP.