The main macro-environmental factors, which directly affect the global fast food industry, include demographic, economic, natural, technological, political, technological and socio-cultural factors. The demographic factors help in the determination of the demand for the fast food across the world. The internal environment of Chipotle Mexican Grill entails the company’s weaknesses and strengths. The company specialises in unique offers such as burritos, tacos, burrito bowls and salads. The food is usually spiced with fresh ingredients, which makes the products appealing to many customers. The fast food industry in China is vibrant than in any other country. The fast food industry in Singapore is doing fairly given the tough economic conditions in the country (Teo, Teik-Jin Goon, Siang, Lin, & Koh, 2009). India is a fast food market, which is growing at a considerably high rate. The Japanese fast food industry has a continuous growth rate of 5%, and its revenues have always exceeded 4871B Japanese Yen, hence the country accounts for the second largest global market share of fast food after the US given that the country accounts for $94,218 revenue from the fast food industry (Wylie, 2013: 45). The most appropriate Chinese market entry strategy is merging with Beijing McDonalds Foods Co., Ltd. The merger market entry strategy is good because of many reasons. First, the method enhances the utilisation of economies of scale because both companies will pool resources together to realise efficiency. China is a potential market for Chipotle Mexican Grill because it is large and receptive of fast foods despite the cultural element. China’s social and cultural factors influence the consumption of fast food, which is considered a Western food.

Evaluate the potential target markets of Japan, India, Singapore, and China using the 12 Cs framework and then select ONE of the target markets and justify choice

The high obesity rates in China are a manifestation of the vibrant market of the Fast food industry. There is a close relationship between fast food consumption and obesity, and China has more than two million facilities for fast food production (Cheng, 2003). According to Havas (2015: 43), China fast food industry generates revenue amounting to $94,218. The market’s vibrancy is attributed to the high disposable income for the Chinese people and the swift customer service. Additionally, the assurance of food safety and the development of new brands enhance the demand for the fast food in China. According to Corne (2016: 127), the Chinese are industrious people, hence their consumption rate of fast food is equally high, which leads to the fast food industry productivity. The restaurants are not concentrated at one place, customers have many choices, employees are committed, there is effective control of the operations, and customers have the capacity to pay for the foods. However, the caveats are yet to be introduced through necessary contractual agreements. The channels of distribution are efficient, the Chinese culture is accommodative, and there is efficient communication within the industry.

The company has distributed its restaurants to various parts of the country, and it provides customers with choices of fast foods given that the country leads in flavour profiles. The industry players are committed to creativity and innovation, and there are adequate control and coordination of the workforce. According to Yu (2010: 119), the Singaporean consumers have high disposable income, and the culture of the country is not a hindrance to the fast food industry success. The company also cautions its customers against the side-effects of the fast foods, and there is the effective distribution of the fast foods across the country. The country is also committed to the food safety, hence there are contractual agreements between the industry players and the Singapore government. According to Smith (2012: 34), the industry enhances customisation of its products, which provides a wide array of products for the customer. The industry players have also heavily invested in technology although they have also ventured into the local markets whereby they have provided the local people with palates in food kiosks. This has boosted the sales revenue for the companies such as the McDonalds and Popeye.  The high productivity of the industry has considerably reduced the costs due to the economies of scale.  The incorporation of technology has also considerably reduced overdependence on the workforce and reduction of cost of production.

The country also has a reservation with regard to the use of fast food. Their distribution of the fast food retail units is not evenly distributed across the country. However, the country is committed to making the business vibrant in the Indian market (Aloia, Gasevic, Yusuf, Teo, Chockalingam, Patro, & Lear, 2013). However, there is coordination pertaining to the operations of the fast food business in India. According to Schlosser (2012 b: 113), most fast food customers are capable of paying for the fast foods regardless of the cultural reservations. The country has not established a comprehensive distribution network for the fast food products. The Indian Rupee is the currency used for the transactions, and there is efficient communication between the company and the clientele, although the country has not undertaken customisation of the fast foods to offer the customers many choices of products. The growth rate of the fast food industry in India is desirable and the industry size is likely to double in three years’ time. The market is unexplored for the fast food business, hence it offers an opportunity for more industry players. According to Dagevos (2014: 54), India’s population of 1.2M people provides a good market for any entrant interested in the business. Additionally, India has the largest number of youth in the world, which is a good indication of the prospects for the fast food industry for any entrant. Although McDonald had entered the Indian market in 1996, the fast food industry has had a slow growth rate (Association of food scientists & Technologists, 2012: 83).

Chipotle Mexican Grill ought to enter the Chinese market because the Chinese fast food market offers more benefits and promises good prospects than any other markets, Singapore, India, and Japan. The Chinese market has a large population besides having a developed fast good industry. Additionally, the intake of the fast food is high compared to any of the markets. The prevalence of obesity in the country is attributed to the high intake of the fast foods. Additionally, the Chinese fast food industry players are global leaders in fast food. For this reason, the country has much to offer to Chipotle than any the other markets.  China is expansive, hence there are opportunities for the establishment of more fast food restaurants. According to Wee (2016: 119), China has more than 2M facilities for fast food, which means that the company will have prospects for success because the market is already established and the demand for the products is equally high. The culture of the Chinese is swift service delivery because every person is busy, which also provides an opportunity for ready-made food companies such as Chipotle Mexican Grill (Luo, 2010: 29) There is an assurance of food safety because of the government strict rules on food safety and the safety of its populace. For this reason, the entrant company will have a good environment for doing its business. By and large, China is an economic giant, hence the company will have easy access to financial credit to sustain its business activities, unlike other markets. China has also abandoned cultural reservations on fast foods, thus it is an appropriate market for the company to enter.

Recommend to Chipotle Mexican Grill, Inc. an appropriate mode of entering the chosen country and justify your choice based on your analysis and theory

The strategy enhances international competition because both Chipotle Mexican Grill and Beijing McDonalds Foods Co., Ltd are big brands, hence the merger will boost their market status. According to Ritzer (2011: 98), a merger provides an opportunity and adequate resources to undertake research and development activities. The initiative will lead to quality service delivery and product delivery. The method also enhances efficiency besides protecting the industry from closing. Moreover, the initiative will enable the merger to diversify because the new company will be operating in a new market niche. There is also an exchange of information and knowledge between the management of the two firms, which will boost the productivity of the merger. Additionally, the strengths of Beijing McDonalds Foods Co., Ltd are crucial in the Chipotle Mexican Grill decision- making the process of merging. According to Watson (2016: 34), McDonald is an established brand, which heavily relies on customisation of its products, hence providing its customers with a wide range of choices. Additionally, Beijing McDonalds Foods Co., Ltd is an appropriate Chinese company for the merger because of its market share in the fast food industry. Additionally, the company utilises skim pricing given that it endeavours to provide new products at all times. Additionally, the company offers high-quality customer service, which meets the needs of the elite in the Chinese market. McDonald is also good in the promotion of its products and services, which enhances its services and products. The other strategic benefit that the Chipotle Canadian Grill considered is the strategic placement of products. This will enhance the scalability of the fast food given that good product positioning guarantees high sales.

The consumption of fast food in China is interesting because the consumption of the food, especially among children is influenced by a mother’s education, the accessibility to the fast food, and the caregiver’s knowledge of fast food. This means that the country’s culture directly influences the fast food industry’s success. The mother’s education on fast foods directly influences the purchase of the fast foods by their children. According to Schlosser (2010 a: 67), the Chinese caregivers are informed of the benefits of the fast food before they can allow the children to take the fast food. The education level of a mother also determines her judgment on the consumption of fast foods. According to Davis (2010: 82), the urban Chinese children and youth are likely to consume the fast food compared to their rural counterparts because the local populace harbours certain reservations against the intake of the fast foods. The level of education of the mother liberates the mother from clinging unto culture and beliefs on the intake of fast foods, hence enabling them to give their children and youth’s fast foods. This saves them time and boosts their health. The caregivers must be sensitised on the need for fast food to enhance their embrace of fast food.  According to Song, Goto & Wolff (2015: 45), the child development and socio-cultural factors directly influence the consumption of the fats foods. The marketing mix appropriate in this market encompasses place, price, and promotion. The place of marketing is important because China is expansive. For this reason, the marketing team must undertake a comprehensive market survey to identify the most appropriate market segment. Pricing is also important because favourable pricing will guarantee adequate revenue. Aggressive promotion of the fast food in new market niches in China will enhance the profitability of the company. 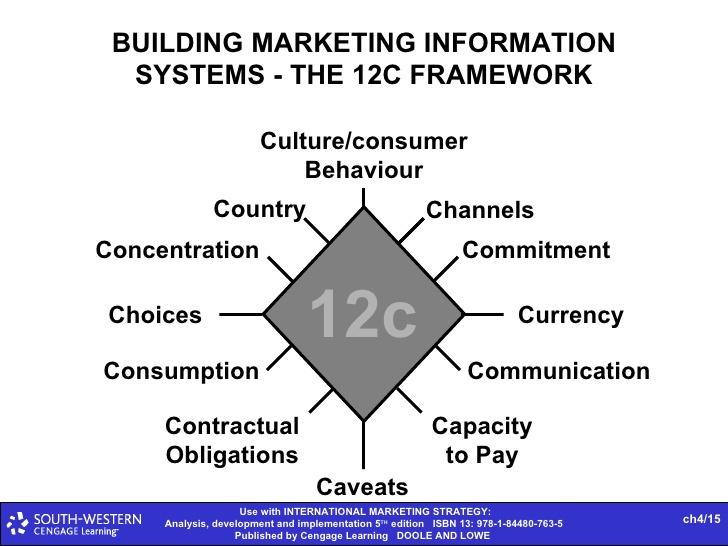