Human actions are continuing to impact the environment both on local and international levels. Most of these actions are resulting in dramatic alterations in the biotic composition of the biological communities, in terms of loss of species. This has greatly affected the way the ecosystems work. Changed biodiversity has resulted in great concerns for several markets as well as non-market reasons, compelling ecologists to want to find out the impacts of altering biodiversity on ecosystem features including carbon storage, nutrient cycling, hydrology, productivity, water cycles, climate and weather patterns (Goudie, 2006). This paper will examine the effects of such basically anthropogenic alterations in biodiversity in terms of the goods or services that the ecosystem offers to beings. It will explore whether the changes in the ecosystem properties caused by the altered biodiversity does negatively affect the human welfare.

Humans have greatly changed the global environment, altering global biogeochemical cycles, changing land and increasing the movement of biota. Human activities have led to the elimination of many species on earth. Although extinction is a natural process, it is taking place at an unnaturally high rate due to human actions.  Currently, humans have caused the loss of 5-20% species of plants and animals (Hector, et al. 1999). In fact, the present rates of loss are projected to be almost 1,000 times higher compared to pre-human rates. Local species extinctions can greatly affect the ecosystem properties. Soil processes in specific appear to be the most affected by the loss of biodiversity.  For instance, nutrient intake by soil micro-organisms, soil organic, nutrient retention and decomposition are the most soil processes affected by the loss of biodiversity. The rate of nutrient cycling and decomposition are affected by the presence of a variety of organisms in the soil (Hooper, & Vitousek, 1997).

Plant community structure and productivity are influenced by the structure and variety of mycorrhizal fungi in the soil. The soil faunal community’s composition also influences the rate of litter decomposition. Studies indicate that there exist a significant linear and asymptotic association between ecosystem functionality and species richness. Nutrient retention and productivity increases with an increase in plant species richness.  Arbuscular mycorrhizal species abundance appears to improve plant yield in an asymptotic manner while the presence of 14 species of fungi tends to increase the uptake of phosphorus in a linear manner. Microbial abundance may contribute to the enhanced decay of organic matter (Sala, et al. 2000).

Higher plant diversity affects productivity and improves the stability of biota processes.  Research studies have demonstrated that regions with higher diversity experience higher productivity.  Soils with a greater diversity of species retained nutrients better compared to soils with fewer species. Research findings show that 50% decrease in biodiversity result to 10%-20% decrease in productivity (Hooper, & Vitousek, 1997). A Highly diverse field yields twice the amount of produce from a monocrop field. Plots with low diversity experience greater loss of nutrients, leading to the decreased production. Decreased productivity means less food is available to adequately cater for the needs of a growing population and this would ultimately result in poorer health. Moreover, biodiversity is virtually a vast source of natural cures and remedies. Biodiversity provides humans with a vast range of medicinal herbs and plants. Thus, loss of biodiversity will lead to the reduction in the diversity of natural remedies that humans use, resulting in poorer health. The loss of certain plant species has led to decreased evapotranspiration and rainfall. For example, the removal of tropical forest and their replacement with savannah grasses have caused a significant reduction in evapotranspiration and in turn reduced rainfall. This has considerably eliminated the likelihood of forest regeneration and the survival of the remaining trees. Thus, the loss of species is resulting into the impoverishment of the ecosystem (Hector, et al. 1999). 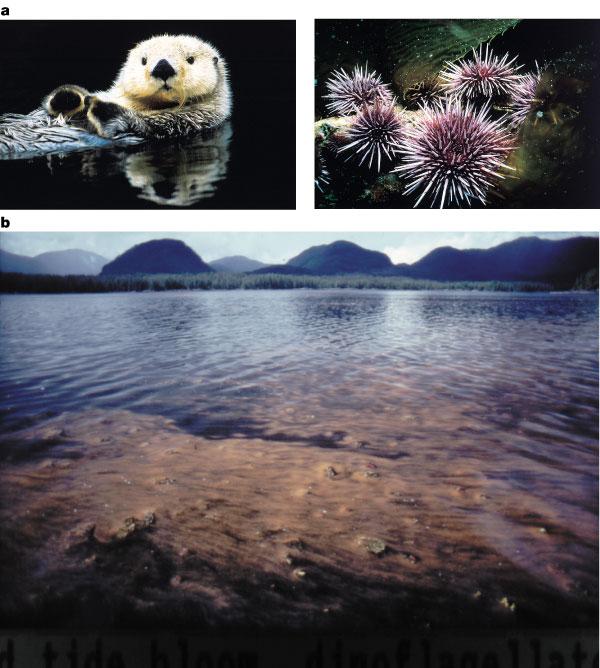 Biodiversity serves as a stabilizing element in ecosystems. Highly diverse ecosystems may serve to decrease the effect of modifications in the ecosystem.  The diversity of plant and animal in the rainforest helps maintain complex ecosystems and their health. Rainforests are extremely crucial global climate regulators since they are the largest storages of biodiversity on earth. They serve as pollution filters through absorbing CO2 from the atmosphere, which is the greatest air pollutant that causes climate warming, destabilizing climate patterns all over the world. Rainforests help stabilize global climate and make it function properly through removing CO2 from the atmosphere. The loss of biodiversity makes rainforests to get weaker, degenerate and lose their ability to absorb CO2, worsening the already worse ecological issue of global warming and causing other climate change issues (Naeem, & Li, 1997).

Agriculture requires a variety of conditions for maximum productivity. Natural ecological elements and processes are responsible for the creation of these conditions. Biodiversity, in specific vegetation, is crucial when it comes to regulation of water for cultivation. They are vital in providing a reliable supply of water to crop fields, such as by retaining water in wetlands. Currently, forested catchment provides us with 75% of freshwater supplies and hence water is crucially linked to forests (Naeem, & Li, 1997). Moreover, these ecosystem processes help mitigate global warming. Genetic diversity helps in increasing and maintaining productivity levels and nutritious diversity. Biodiversity can generate pest suppressive conditions as well as greater resilient to the invasion of agricultural systems by harmful species. Pollinators are critical to the production of various crops and lead to enhancements in the quality of fiber crops and fruits. Biodiversity provides an abundance and variety of pollinators (Walker, et al., 1999).