Throughout history, art seldom stands out to be among the most influential forms of expression. This is a fact that cuts through numerous, if not all culture, globally. Artists are known to use this platform as a place where they can share their thoughts, views, and even opinions. Barbara Jones-Hogu, an American based artists stands out to be among the few that emerged in the sixties, a time when the African American realm was undergoing a major transformation. One of her most celebrated piece is titled Unite. Barbara presented this particular piece to the world in 1971. The art was celebrated to the extent of appearing in The International Review of African American Art in 1998. 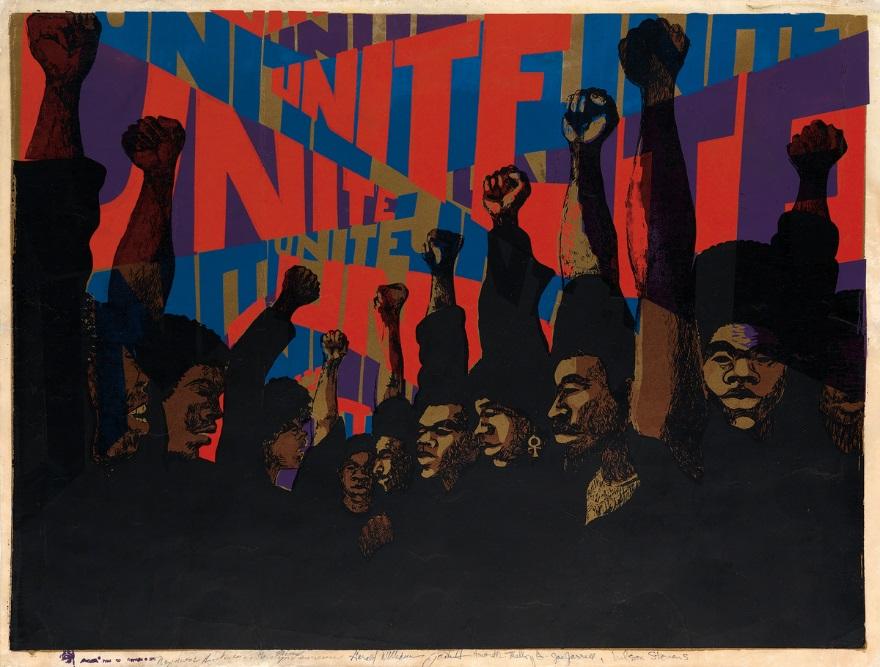 The sixties and the seventies is considered to be a time when the African American community was able to actually feel like they are progressing. In the political realm, this period is considered to be a time when the community was in a position to heal, moving away from the civil rights atrocities, and even other forms of neo-colonial slavery. The black community was able to witness gradual inclusion in a society that had been seen to treat them as minorities. Key events had started taking place during the late sixties and among them include the emergence of Shirley Chisholm who goes down into history as the first black woman to be elected into congress. Artists including Barbara were there to witness such ground breaking events and hence expressed that in the form of timeless fine art.

One year before Barbara released her piece, Charles Gordon, an African American actor managed to win the highly esteemed Pulitzer Prize for his contribution in the play No Place to Be Somebody. Both men and women were able to focus on a better future, simply by accepting and actually experiencing their fellow black men and women being appreciated for their efforts. The early seventies is also known as a time when most African American artist were trying to develop a form of art that was unique to their community. Art was being polished to give a true picture of the entire race, rather than focusing on specific events. This piece by Barbara is still considered to be rich in the sense that it was able to capture the deeply rooted emotional journey among the black community.

The download will start within seconds. Good luck!
Download
Get your paper done on time by an expert in your field.

The relevance of Barbara’s work can still be felt, numerous years after the piece was first hanged in the Harlem museum. Based on this celebratory mood, key figures like Barbara Jordan and Andrew Young were able to be elected into congress. Tom Bradley was also elected the first black mayor of the city of Los Angeles. Numerous events were also taking place away from the political arena, including Henry Louis hitting his 715th home run. These were achievements that were worth immortalizing in art, knowing that barely a few year back, key figures including Malcom X and Martin Luther Jr had been assassinated. Decades later, more good news came when nelson Mandela, the first black president of South Africa was released and hence apartheid can to an end. Barack Hussein Obama, another African American, emerged as the first black president of the United States. Throughout this timeline, Unite by Barbara Jones-Hogu has never lost relevance, and that is the beauty in art.