Ontological view of the natural environment

Knowledge is the information concerning the environment that individuals acquire in order to not only interacts with each other, but also with their surroundings. Knowledge can be acquired through a diverse number of ways and these include observation, formal, and informal learning. The acquisition of knowledge is one of the most fundamental ways through which human beings are able to learn about how they should interact with different aspects of the natural environment (Hofer and Pintrich, 1997). This process is continuous, beginning at infancy, and might last until such a time as the individual dies. In addition, knowledge has become an essential aspect of the way that individuals all over the world are able to interact and this is to such an extent that it has become a fundamental means of making sure that information from one generation to another is transmitted (Berney and Blane, 1997). It also allows individuals to ensure that individuals have a basis through which further information concerning the human experience can be developed, and applied in a useful way. A consequence is that knowledge is an important aspect of human life because it is what sets them apart from other animal life, and makes them the most dominant species in the world.

Obtaining knowledge is an essential aspect of human life, especially in the contemporary world. This is because having knowledge allows individuals to achieve a higher level of economic and social independence and mobility that is not available for those individuals with little knowledge. Knowledge can be obtained formally by going through an academic institution so that one is able to acquire knowledge that is considered a necessity when it comes to being competitive in the contemporary world (Olssen* and Peters, 2005). This is the most common form of knowledge because it has been recognized by all government s in the world as being essential for their economic development. However, there are forms of knowledge that cannot be acquired formally, and these have to be taught informally. Prior to the acquisition of the contemporary education system, knowledge was transmitted in informal settings. Aboriginal communities transmitted knowledge concerning their culture and environment informally through interactions between the older and younger generations (Brosius, 1997). A consequence was that the practices that were undertaken by aboriginal communities were transmitted informally from generation to generation; ensuring that there was a sense of continuity when undertaking diverse aspects of life (Sillitoe, 1998). However, despite the manner of obtaining it, knowledge is an essential part of human life that cannot be divorced from both communal and individual experiences. 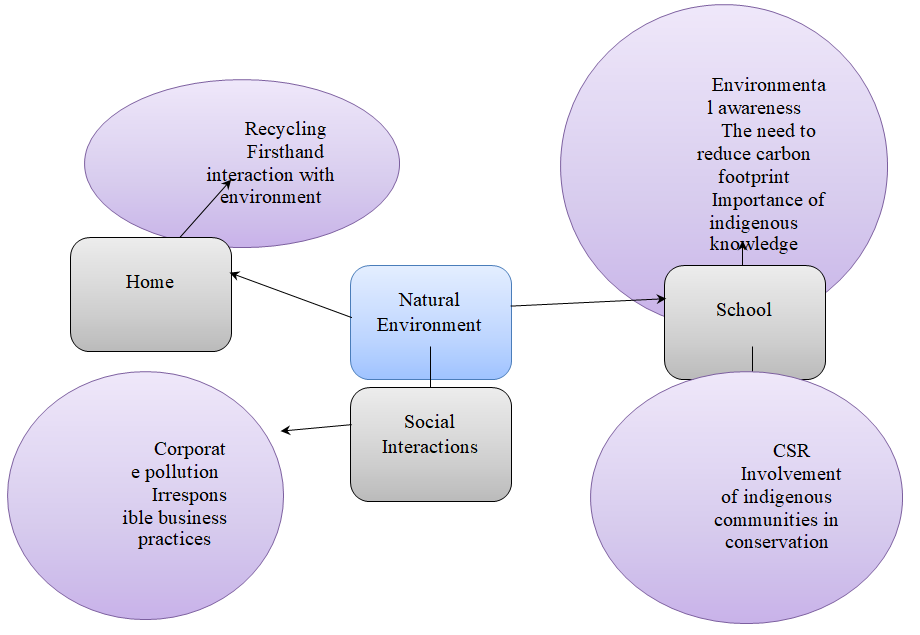