The planning and management of city parks

Open spaces, parks, and green areas enhance the quality of the environment as well as improving people’s quality of life. Parks provide opportunities for recreational activities and resultantly encourage social interactions as well as improving the aesthetic value of the environment. However, it is necessary to involve the community in the development of the parks as well as ensure equality in the access to such resources (Shuib, Hashim & Nasir, 2015). This paper represents a summary of two articles from Landscape Architecture Magazine and Landscapes/Paysages, which speak about open parks, a subject that interest me.

The first article to be analyzed is “Mitchell Silver Heads to NYC Parks”, which was written by Betsy Anderson in 2014 in the Landscape Architecture Magazine supported by the American Society of Landscape Architects. The author explores the effectiveness of the appointment of the former American Planning Association president and chief city planner in North Carolina, Silver Mitchell as the New York City parks commissioner. His twenty-five years of experience in urban planning would be crucial in the development of park management practices that will balance social, economic, environmental, and health issues for efficiency and sustainability. Silver is described as a visionary individual capable of implementing a restoration of the equity of city parks by solving the underfunding of parks and income inequality (Anderson, 2014). During his public presentation, Silver emphasized that parks do not sit in isolation but are a part of a larger social system of essential civic infrastructure.

Anderson identifies unequal management of parks in New York where those from affluent neighborhoods are financed by both the government and private organizations while those in suburban areas are overlooked. There is also a disparity in the maintenance of parks with conservancies and those without. As a result, Senator Daniel Squadron introduced a bill that requires redirecting of 20% of the income from large conservancies to the management of the other parks. Silver had dealt with such a case in the past when he was appointed to facilitate the community design of the West Harlem Piers Park which he successfully did through participatory planning. He involved the communities around the park in the revitalization projects designed by urban planners (Anderson, 2014). As a result, he brought the two groups to work together to develop economically and socially viable park. 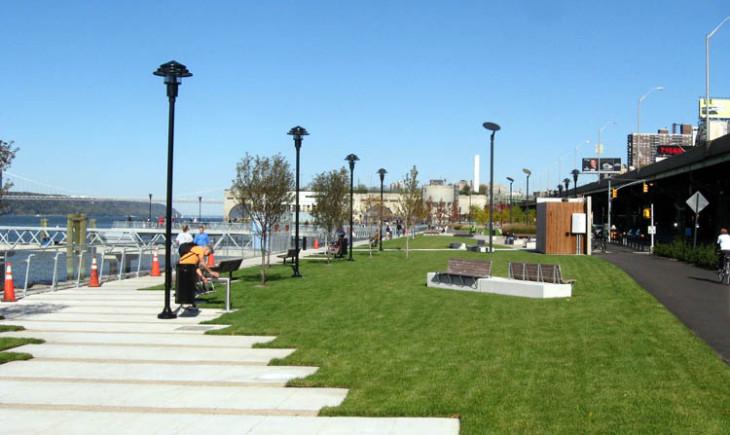 The second article to be analyzed is “Great City Parks” by Susan Herrington that summarizes a book with the same title authored by Alan Tate and Marcella Eaton. The article was published in the Landscape Passage Magazine in 2016. Herrington begins by identifying the changes that parks in New York had gone through since the 70’s when they were largely derelict to the current renovated and new parks. Tate and Eaton recounted the 1970 New York City’s Central Park that was characterized by crumbling buildings, crime and graffiti and other poorly managed parks like Paley Park and Minneapolis parks that were transformed in the twentieth century to world class standards. Also, new parks have been established on post-industrial wastelands throughout the world. She identifies that parks contributes to the environment and contributes immensely to human health and the sustainability of the ecosystem. 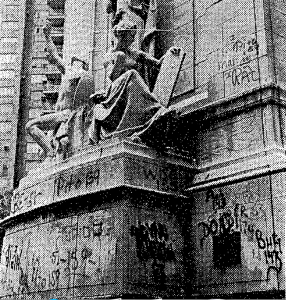 The article identifies that park planning is currently more strategically approached for sustainability while park management is now more proactive and market-oriented so as to suit the needs of the users. Parks developed in the last decade such as the Queen Elizabeth Olympic Park in London, the High Line in New York City and Westergasfabriek in Amsterdam also exploits the idea of time. Landscape architects such as Piet Oudolf utilize the seasonal variations in the color, texture and spatial volumes of the parks. The layering of grass and herbaceous perennials reflects the seasons with their bloom periods. Also, the sheer volume of the biomass generated by the plants affords differing spatial experiences throughout the year.

Herrington identifies an active management of the parks to enhance their efficiency in satisfying the demands of their clients. For example, seventy people engage in the management of the High Line Park especially the seasonal plants on a daily basis. The article also mentions the book author’s argument that sensory experiences are crucial factors emphasized in new parks such as Paley (Herrington, 2016).

In conclusion, the articles summarized argue that the design of modern parks is directly influenced by the specific contexts in which they exist including the people and the environment. The authors argue that the design of the parks reflect an approach depending on comprehension, interpretation, and expression of intrinsic and unique natural and cultural characteristics. Therefore, it is evident that there has been a shift in the way in which parks are approached. In the current view, they are seen as investments that are aimed at enhancing the lives of the city residents while at the same time generate revenues for the government for sustenance and improvement.