Greenoil operates as a multinational oil company which drills oil in various offshore oil fields including the oil fields located in a location 150 nm from the coast of Antillia. The company has acquired the legal permit from Antillia for exploring hydrocarbons but these waters are disputed between Antillia and its neighbouring state, Euphoria. The recent case of oil spilling from an installation of the Greenoil, due to which oil slick damages have occurred in the fishing grounds located in the coast of Euphoria, is a business contingency and emergency situation which can have major legal and social negative implications for the company. This briefing report is aimed at discussing such implications of the business contingency faced by Greeonoil Company in its offshore operations and the recommended response plan for the same.

Summation of the legal liabilities

Several legal systems have been put in place across the world with the aim of protecting the environment from the activities of the oil drilling companies. These legislations are aimed at ensuring that the companies operating in the global energy sector develop and implement proper safeguarding mechanisms against different environmental damages caused by their business operations (Urrutia, 2006). The main environmental damages include oil spills, water pollution, unhealthy habitats for the wildlife and marine life and threat to the lives of the marine creatures. There are clearly defined legal liabilities associated with oil drilling and exploring activities in multinational oil companies such as Greenoil. This is because; the spilling of oil in the sea or in the coastal regions can lead to marine pollution and also endanger the life of the sea creatures and human being which use water from these water bodies (Wetterstein, 2008). Since oil pollution has been recognized as one of the largest sources of marine and environmental pollution, therefore clearly defined legal rules, acts and guidelines have been specified in different nations by the national government as well as the international organizations working in this domain. 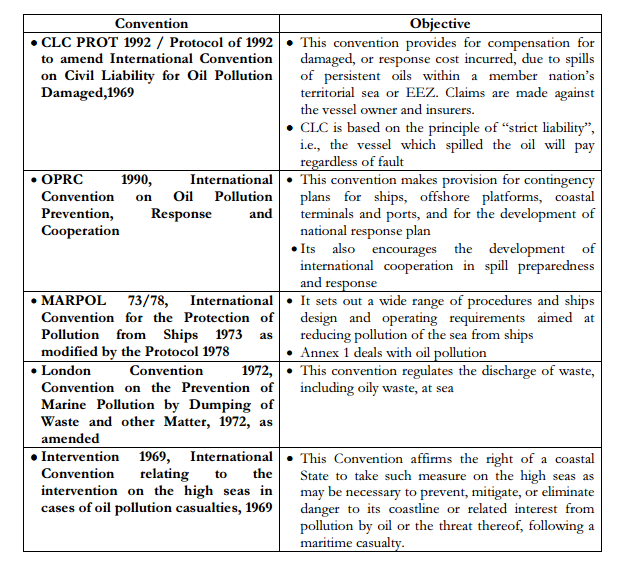 Figure 2: Regional protocols for dealing with energy sector incidents such as oil spilling

Under the civil liability system, damage caused by oil spilling can be compensable. If the international legal statutes such as the International Civil Liability system is not applicable for the case company, then also a plaintiff who has been harmed by the oil spilling incident can claim for compensation for the damage under the common law system as per the EU tort law and/or the civil legal system as per the EU civil liability law (Gauci, 2008). Greenoil can face criminal liability under the wildlife laws because as per such laws causing any harm to the wildlife is illegal in most countries including the state of Antillia which comes under the jurisdiction of the EU. As per the Spanish Water Act 1985 and the Clean Water Act 1990, any entity that is found to have negligently discharged pollutants such as crude oil in navigable water bodies is subject to criminal penalty. Some of the acts which are applicable  in this  scenario are the Oil Pollution Act 1990, MARPOL 73/78, the Endangered Species Act (ESA) 1973and the Marine Mammal Protection Act (MMPA) 1972 amended 1994 (Young and Levy, 2009). Such regulatory regimes make Greenoil liable to pay civil as well as criminal penalties for the impact of the oil spill incident on the species which are listed under these acts (Finucane, 2016).

An international company dealing in oil drilling has to focus on abiding with the national as well as international regulatory requirements and also on the socially and environmentally responsible management of the business. This is to ensure that the costly liabilities associated with the business contingencies such as oil spilling can be avoided. Due to the oil spill, Greenoil has become exposed to the criminal as well as civil legal actions that can be brought against by any entity against the company on the grounds of the oil spill incident and its aftermaths. There are two main types of liabilities faced by oil companies in case of an incident of oil spill. These include the oil cleanup costs and the environmental liability costs. As per the current laws related to oil spills, the responsible company is liable to pay all the associated oil cleanup expenses. Secondly, the legal liability costs are to be incurred by the communities, businesses and individuals that have suffered directly or indirectly as a result of the spilling of oil in the local water bodies (Alizade and Hosseini, 2013). The consequences of the oil spill in Greenoil are multiplied because of the fact that the oil spill has taken place in a region which is under dispute between two states. Thus, the company may be legally enforced to compensate for the damages to the local communities as well as marine lives incur the oil cleanup costs and also pay the penalties and fines under the environment protection laws and anti pollution laws (Burgherr, 2007). Since, Greenoil has taken permission from the state of Antillia and is operating in disputed waters; therefore, it remains vulnerable to the legal complications arising out of this dispute issue (Bar, 2009).

Recommendations for resolving the dispute

Oil spill incidences can cause external and direct costs. The direct costs include the direct damage to the environment, injuries and loss of life. The external liability costs include compensation and fines to be paid for violation of legal standards, insurance costs to be paid, economic loss made due to claims, reduction in worker productivity and lost business opportunities (Lee and Garza-Gomez, 2012). The external costs are more difficult to quantify and may have long term impacts on the functionality and profitability of the company. 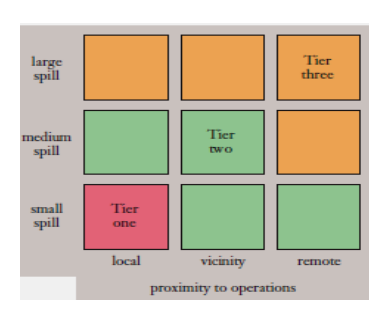 Since, the oil spill of Greenoil can be found to be in Tier 1 which signifies small spill in the local region; therefore, it is recommended that Greenoil plans its respond to suit this situation. The company needs to take immediate corrective measures to rectify the damages that have been caused to the economic prospects, the financial profitability and the goodwill of the business (Fig. 3). This should be commenced by trying to resolve the existing dispute in legal terms. Greenoil should immediately pay for all the externalities caused and also release an official press statement regarding the steps that it plans to take for rectifying the damage and restoring the water bodies in which oil has been discharged (Cherry and Sneirson, 2010). The accurate assessment of the damages caused is a pre requirement for devising a time and cost effective disaster response plan. The company should also assess the level of the emergency situation with respect to the direct and indirect consequences as well as the current and potential externalities posed for the local communities, the business itself, the marine lives and the natural habitats of the place (Chang, Stone, Demes and Piscitelli, 2014). The primary objectives of the response plan would be prevent the oil spill from moving deeper into the water bodies and to the onshore regions, control the impact of the spill on the local marine lives and contribute towards the fast degradation of the oil which cannot be directly removed by the cleanup process. Greenoil should immediately invest towards the cleanup process. Though the cost of oil cleanup from the water bodies is much high, yet it is a necessary response in this case (Townsend, 2014). The overall cleanup process should be properly planned by estimating the technical, manpower and equipment which would be required for successfully conducting the cleanup (Booz and Hamilton, 2010).The verification of the planned restoration systems and measures is also to be done with respect to the time required for the responses and the expected outcomes from such response mechanisms (Ornitz and Champ, 2002). All these steps are to be taken as mandatory parts of the corporate operative response plan for emergency situations caused through the spilling of petroleum and oil products. Greenoil is also in the need of taking assistance from the local government and the regional communities and entities in the response endeavour aimed at the quick removal of the spilled oil from the navigable water bodies in the location. Following the successful clean up and the settlement of the associated legal matters, Greenoil has to focus on its Corporate Social Responsibility (CSR) initiatives so that it can re build the positive image and reputation of the brand among the stakeholders. Taking proper initiatives to improve the local environment as well as supporting the development and betterment of the local communities would be effective strategies for improving the brand image.

Any form of environmental negligence on the part of oil companies can result in long term derogatory impacts for the goodwill as well as the profitability of the company. Thus, an oil company like Greenoil needs to ensure that it conducts its activities in an environmentally compliant manner in all its offshore markets (Homan and Steiner, 2008). In case, a company gets into the problem of non adherence to the legal and environmental requirements related to oil business, then it should be able to take proper steps for rectifying the issue and rebuilding the damaged goodwill of the business. It is evident that there are a number of externalities which may arise for Greenoil from the negative incidence of oil spilling. However, taking prompt corrective measures as discussed above can help the business to not only recover from the emergency situation but also restore the financial, operational as well as reputational damages caused.
References